Karnataka Tourist Places - Karnataka was earlier known as Mysore. The unified Karnataka State was formed in November 1973. Karnataka, a family friendly vacation destination, is situated on the lower West Coast of South India.  The State is surrounded by Maharashtra to the north, Arabian Sea to the west, Goa to the northwest, Kerala to the southwest, Andhra Pradesh to the east and Tamil Nadu to southeast. 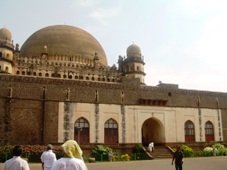 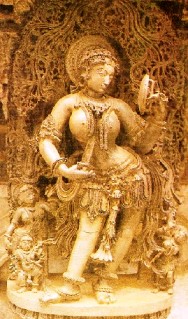 Karnataka India tours will help you to explore this beautiful state and see various Karnataka Attractions. It is a beautiful destination for Karnataka Vacation.

Apart from knowing as a land of royal grandeur and oriental glory, Karnataka's place in the Information Technology field is also well known. The modern Software Technology Park is also situated in Bangalore, the Capital City of Karnataka. Bangalore is also known as Bengaluru.

Bangalore, (Bengaluru) the beautiful Capital City of Karnataka which has several important tourist places to attract the visitors.

Mysore, (Mysuru) the cultural capital of Karnataka, was the previous capital city of Karnataka. It is one of the most prominent tourist destinations of India.

Madikeri (Coorg),  the beautiful Hill Station of Karnataka and the headquarters of Kodagu (Coorg) with several interesting places to visit.

Shimoga (Shivmogga) - a nature's paradise with a pleasant weather.

Belur , one of the popular tourist spot of magnificent South Indian temples with finest examples of Hoyasala workmanship.

Sravanabelagola, (Sravana Belagola)  is globally known for its popular eat Jain temple of Lord Gomeshwara with his huge statue.

Bijapur, a great place for Islamic architecture of ancient period.

Bidar. a historic city of Karnataka, a hilltop city in the border of Maharashtra and Telengana, with monuments.

Belgaum,  one of the oldest towns of Karnataka with abundance of natural beauty.

Apart from the above important Karnataka Tourist Places, there are several other places also in this beautiful State, and if you are able to make your visit during one of the festivals of Karnataka such as Dasara, or Deepavali you can enjoy to the maximum.