Located at Irinjalakkuda in Thrissur District of Kerala, Koodal Manickyam Temple is an ancient temple with several specialties.  The Temple is also called as Sangameswara temple. 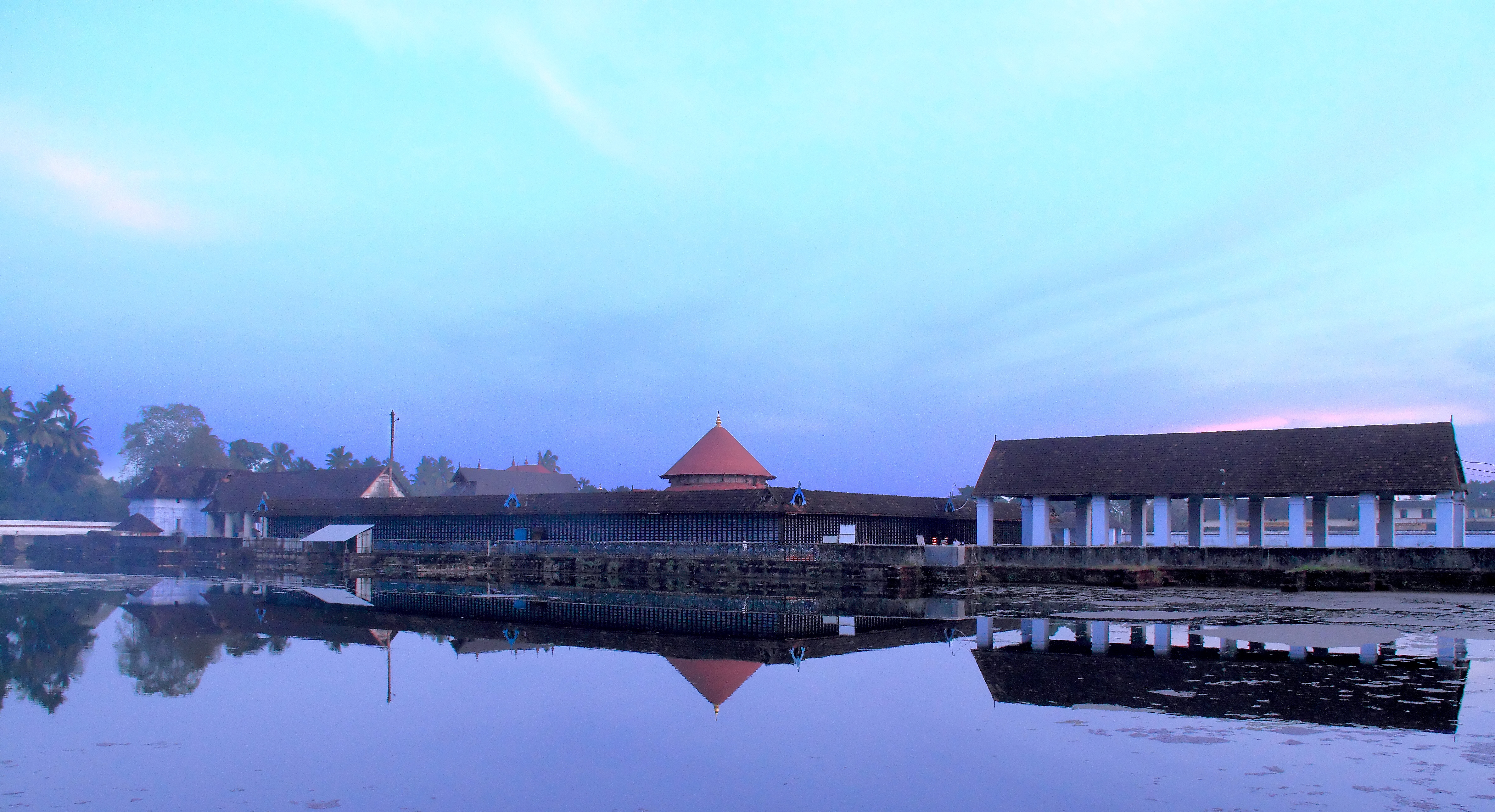 The Architecture of Koodal Manickyam Temple

Built during the period of Chera kings, the architecture of the temple is stunningly marvelous with the impressive gateways , round shaped Sanctum Sanctorum with copper plates, the majestic Koothambalam, the wood and stone carvings on the walls, and the murals on the walls on either sides of the eastern entry to the Koothambalam.  Apart from the main structure, the temple has a walled compound with citadels,  with four big  ponds.  The largest pond is called Kuttan Kulam on the eastern side measuring about 2 1/2 acres.  The temple is located on a 10 acre land,

Bharata, brother of Lord Rama, is the deity worshipped here and this is the only temple in Kerala , perhaps in whole of India, devoted to Lord Bharata, but puja is done for Vishnu.    No other deities are here like seen in other temples. .  The Lord at Koodalmanickyam Temple is  chathurbahu Vishnu with conch and chakra, gada and japamala. However, the general belief is that Bharatha awaited anxiously for the return of Rama from the exile of 14 years and  he learnt from Hanuman that  Rama has reached the outskirts of Ayodhya,  This news brought Bharatha much relief and happiness and the deity is worshipped here in that happy mood.  Images of Durga and Bhadrakali are on the main entrance and Lord Hanuman on top

The flowers used for pujas are lotus, chethi and thulasi. Lotus garland is the main offering here.  It is  believed that if puja is done offering a lotus garland with 101 flowers all obstacles will be removed and one's prayers will be fulfilled. There are no Thulasi plants ever  grown around the temple.   Another specialty is that there is no Deeparadhana or Siveli done  in this temple. In most of the main Kerala temples, five pujas and three sivelis are done daily, but here only three pujas are done. Another specialty in this temple is Brinjal nivedyam offered  to the deity for curing the stomach ailments.

Festivals - The annual festival is an eleven days  event in Medam (April-May) which is celebrated with great pomp and show. During this time, the deity is taken out on procession.  Thriputhari on the Thiruvonam day in the month of Malayalam month Thulam (October-November) is another important festival in this temple feasting with the newly harvested rice. The following day (Avittom day) Mukkodi nivedyam is offered.

The Temple had also been an important centre of nourishment of the Temple Arts like Kathakali, Koothu Koodiyattom and Thullal.

Reaching there  -  25 km from Thrissur and 10km from  Irinjalakuda Railway station.