South India Monuments are a must see for the tourists to understand appreciate the cultural legacy of India. These monuments are  mainly of two types -: religious and historical. The religious monuments are indicative of the various places of worship built by the ancient ruling dynasties, mainly temples. Churches and mosques were also built.  The historical monuments comprise of the palaces and forts. 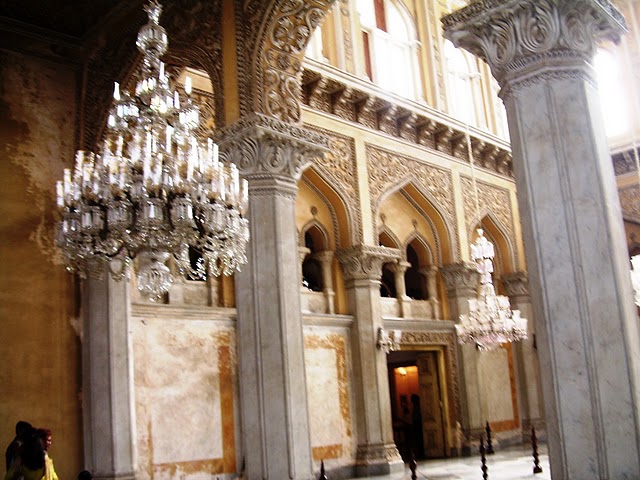 Mysore Palace - Located in the heart of the city of Mysore, the historical palace is the royal residence of the Wodeyars, who ruled the State from 1350 to 1950.  It is the main tourist attraction in Mysore.

Gol Gombaz - Built in 1676 AD, to mark the tomb of Mohammed Adil Shah, Gol Gombaz is the skyline of Bijapur in Karnataka.

Hampi  Dravidian monuments - The group of Monuments at Hampi built in 7th century by Vijayanagar Kings, is a UNESCO World Heritage Site in Karnataka. 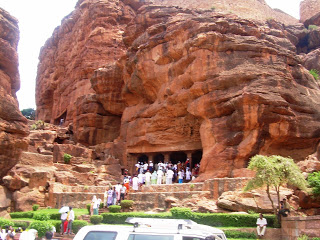 Temples at Pattadakkal - Just 20 kms away from Badami, these historical temples, now a World Heritage site, UNESCO,  were built in 6th and 7th centuries.

Belur Halebid Temples -   Built by Hoysala kings in 1117 AD, the architecture of these temples is stunning. Located 221 kms away from Bangalore and from Mysore 157 kms.

Lepakshi temple - Located in Ananthapur District of Andhra Pradesh, Lepakshi temple is just 120 kms from Bangalore. This ancient temple was built on a rocky hill in the 16th century during the period of Vijayanagar kings.

Gomateswara Statue - This 57 feet monolithic statue of Bahubali is located at Vindhyagiri Hills in Sravanabelagola in Karnataka. Distance from Bangalore 144 kms.

Charminar in Hyderabad - Constructed in 1591 AD, in Indo-Islamic architecture, by Sultan Mohammed Quli Qutb Shah is a square shaped monument.

Buddha Statue - Built in a single white granite rock, Buddha Statue is in Hussain Sagar Island in Hyderabad and remains the tallest statue of Gautam Budha. This Buddha Statue, one of the South India Monuments, is attracted by the tourists visiting Hyderabad.

Bijapur Fort - Built between 10th and  11th centuries Bijapur fort is located in Bijapur, now known as Vijapur, in Karnataka. It is surrounded by mosques, palaces, gardens, and tombs constructed during Adil Shah dynasty.

Warangal - The 13th century Warangal Fort and the 1000 pillar temple are very popular monuments in Telengana.

Ekambaranathar Temple - Built in 600 AD in Kanchipuram, Tamil Nadu, by Pallava kings, which later modified by Cholas and Vijayanagar kings, this ancient temple is one of the Pancha Bootha Sthalangal of God Shiva.

Mahabalipuram Temples - This historic city contains contains nearly forty monuments of different types including an "open air bas relief" which is the largest in the world. For centuries, it has been a centre of pilgrimage. The Shore temple is very famous and is included in the list of South India Monuments.

Madurai Meenakshi Temple - The twin temples of Meenakshi and Sundareshwar, rectangular in shape,lie enclosed within the towering 6 mts high wall of the temple. This magnificent temple with its huge Gopurams and thousand pillared 'Mandapam',  is adorned with carved figures of mythical characters. These pillars are carved out of a single granite rock, and when touched music is produced, and hence are called as musical pillars.

Brihadeeshwara Temple Tanjavur - Built by Raja Raja Chola I between 1003 and 1010 AD, the temple is a part of the UNESCO World Heritage Site known as the "Great Living Chola Temples". A colonnaded prakara with sub-shrines dedicated to the ashatadikpalas and a main gopuram, known as Rajarajntiruvasal, encompasses the massive temple of this South India monuments.

Gangaikonda cholapuram Temple - Located in Thanjavur, Tamil Nadu, this temple dedicated to Lord Shiva was built by Rajendra Chola in 11th century, and has a concave outline and is divided into eight zones.  This temple stands next to the famous Brihadeeshwara  temple, built by his father King Rajaraja Chola. It is regarded as the reproduction of Brihadisvara Temple built by his father. This is also UNESCO World Heritage Site and one of the South India monuments.

Thiruvannamalai Temple - Built in around 750 A.D, this ancient temple is dedicated to Lord Shiva, here known as Annamalayar in the form of Lingam and Goddess Parvathi known as Apitakuchambal. Lord Shiva is worshipped here in the form of fire.

Thirumala Naik Palace at Madurai - Built in 1636 by King Thirumalai Naik. this palace is a classic fusion of Dravidian and Rajput styles. It is located 2 kms south east of Madurai Meenakshi Amman temple at Madurai.  The palace is well equipped to perform Light & Sound shows depicting the story of Silappathikaram both in Tamil and English languages.it is held at evenings·

Manora Fort, Tanjavur - Located 64 km from Thanjavur city, this Fort was built in 1700 by a Maratha king to commemorate the successful advance of the British over Napoléon Bonaparte, in the battle of Waterloo. It is an eight-storey hexagonal tower. The monument looks like a pagoda, with arched windows, circular staircase and eaves separating one storey from the other.

Padmanabhapuram Palace - Built in 1601 AD, this palace is located 64 kms from Thiruvananthapuram. it is the masterpiece of indigenous Kerala architecture, with many murals dating back to the 17th and 18th centuries.

Jewish Synagogue - The synagogue in Mattancherry, Kerala was built in 1568 AD by Portuguese.  It is an architectural marvel filled with vintage antiques. This synagogue has a great place in the list of South India Monuments.

St. Francis Church - Built in 1503 originally and later modified by the Portuguese, Dutch and British, in elegant architecture style, this is the oldest European church in India, located in Fort Cochin, Kerala.  The mortals of the famous sailor Vasco-da-Gama remained here for 14 days. The stained glass windows enhance the beauty of the Church. Hand operated cloth fans are the major attraction of the church.

Bekal Fort - Built in 17th century, Bekal Fort is located in Kasaragod, Kerala and is a part of South India Monuments. This is the best preserved Fort n Kerala and offers a superb view of the Arabian Sea from its tall observation towers. An old mosque is near the Fort  built by Tipu Sultan of Mysore. Becuase of the surrounding scenic beauty, it attracts lots of tourists and is a favourite shooting locale for film makers.