Nandi Hills Karnataka - Nandi Hills, Bangalore's favourite hill station, is located about 60 km north of Bangalore in Chickballapur District of Karnataka.  It is one of the most visited places in Bangalore by the locals and the tourists,. Bangalore Mirror reported that it drew 1 crore visitors during the year 2013.

Nandi Hills Karnataka is also called as Nandidurg. The hills are nestled between the neighboring towns of Nandi, Muddenahalli, and Kanivenarayanapura. 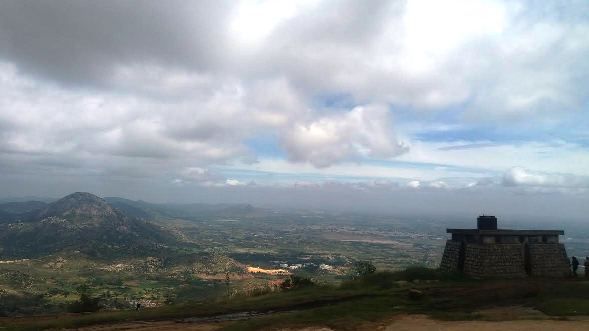 What to see in Nandi Hills Karnataka

This enchanting hill station is situated at about 5970 ft above sea level and a source of many rivers. The Rivers - Pennar, Palar and Arkavati start off from these Hills. This hill station has been named after the bull of Lord Shiva, and the people visit here mainly to see the sun play hide and seek in the fog and look down on a sea of clouds, and most visitors are the youngsters.  The atmosphere in this beautiful hill changes every minute. According to legends, the name of this place is arrived from the shape of a hill, which resembles a sleeping bull. It was known as Ananda Giri, meaning 'The Hill of Happiness' during Chola period. 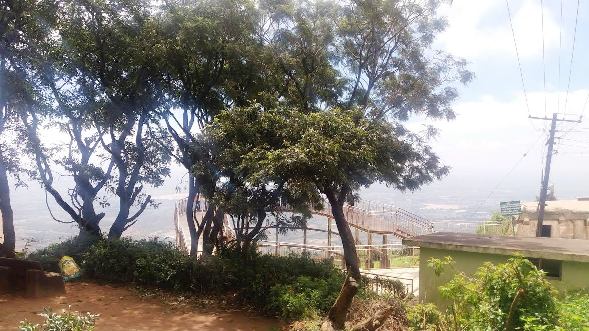 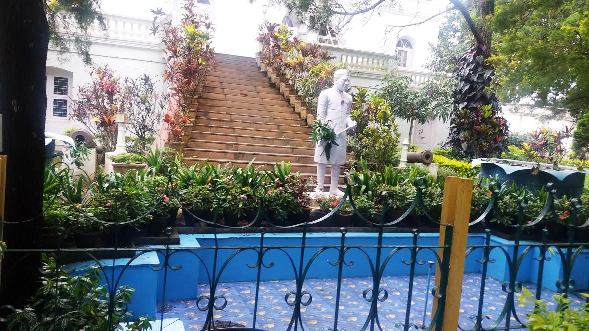 Tipu's Drop - A 600 m high cliff face. According to legend, condemned prisoners were pushed to their death here. On misty days when the wind wails in the trees, you can almost hear the blood-curdling screams of the prisoners as they met their gruesome end. But look down on a clear day and the view is inspiring.

Tipu's Summer Palace and Fort - During the Ganga period, the Chikkaballapur chieftains built a fort. Tippu strengthened it further and also built a rest house, which used to be Tippu's summer bungalow. It is not open to the general public.

Amrita Sarovar - The sparkling lake of the Lake of Nectar is a major tourist attraction.

Horse Way - A stone doorway in the fort on the North-eastern side, is believed to have been the horse way for helping soldiers to climb the wall on horse back.

Gavi Veerbhadra Swamy Temple - On top of the hill, on the way to the Sultanpet, from Tippu's palace, natural formation of huge boulders has been transformed into a magnificent temple.

Brahmashram - it is said that Sage Ramakrishna meditated here. Its a cool cave.

There is a Traveler's Bungalow and a Kalyana Mantap on the top of the hill and a Forest Lodge and Taluk Board T.B. at the foot of the hill.

Muddenahalli is renowned as the birthplace of Sir M Visveswaraya, the legendary architect of modern Karnataka.

Weather at this hill station  is pleasant at all times.

Hotels and Food courts are also there.

For youngsters, it is a beautiful place to hang around, and even for a family trip.

Once you enter the hilly area, there are several curves (40 or more) to drive to reach up.

It is located in close proximity to the newly constructed Bangalore International Airport, the second largest in India, and 60 kms away from Bangalore - just 2 hours drive.

Return from Nandi Hills to Bangalore