Srikalahasti Temple is one of the most important temples of South India. It is also called Dakshin Kailash. This temple is located in Andhra Pradesh on the banks of River Swarnamukhi, a tributary to River Pennar. Pennar is one of the major rivers in South India. 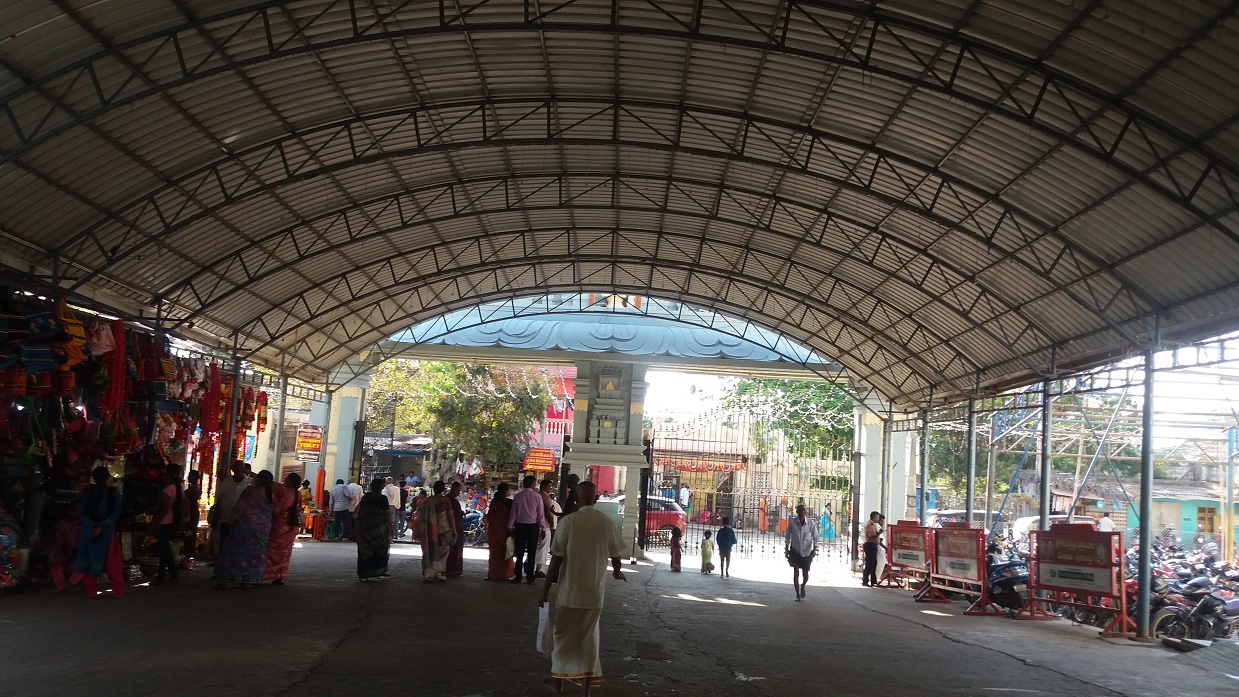 The temple is dedicated to Lord Shiva, worshipped here as Kalahasteeswara, in the form of Vayu (Air).. The temple got its name from three words - 'SRI' meaning a spider, 'KALA' meaning a serpent and ‘HASTI’ meaning an elephant, as these three creatures are believed to have worshipped Lord Shiva at this place and attained salvation.

Srikalahasti temple is referred in ancient epics like Skanda Purana, Shiva Purana and the Linga Purana. It is believed that Arjuna came to this place to worship Kalahasteeswara (Lord Shiva) and met Rishi Bharadwaja on the peak of a hill, as mentioned in Skanda Purana.

·        The temple is built in Dravidian Style of architecture

·        The grand temple complex has its entrance facing the south, and the main shrine of this temple faces the west.

·        The initial structure of this temple was constructed in 5th century by Pallava Kings.

·        The outer walls and the 4 gopurams were constructed by Vijayanagar kingdom.

·        The main gopuram and the 100 pillar mandapam were constructed by Krishna devaraya, the great Vijayanagara king in 1516.

·        Sri kalahasti temple is regarded as one of the Pancha Bhoota Sthalams of Lord Shiva and represents Vayu Sthalam.

·        The temple complex has a breathtaking view right from the entrance and has intricate carvings of numerous mythological illustrations.

·        This temple is also associated with Rahu and Ketu, two of the nine celestial bodies in the Indian astrological scheme. Hence doing puja for Rahu and Ketu dosha in this temple is considered very helpful to remove the dosha. Amavasya is the best day to perform this puja and many pilgrims visit this temple for this purpose. There are three types of tickets for this puja and no need to buy puja things from outside.

·        Srikalahasti is associated with Bhakta Kannappa, one of the greatest devotees of Lord Shiva, who happily offered his eyes to the lord. Seeing his devotion, Lord Shiva stopped him when he was offering his second eye and gave him salvation. There is a temple on top for Bhakta Kannappa. Some believe that he was the incarnation of Arjuna.

·        The other shrines in this temple are Jnanaprasanammba, Kasi Viswanatha, Suryanarayan, Subramanya, Ganapathi and Annapurna.

·        The most important festival of this temple is Mahashivrathri which is celebrated for 12 days with great enthusiasm.

·        The best time to visit Srikalahasti Temple is between November and February.

Srikalahasti temple is 36 km away from Tirupathi temple.

Check out this video of our visit to Srikalahasti temple  https://youtu.be/lmUVRt29qs4

Back to Andhra Pradesh Temples