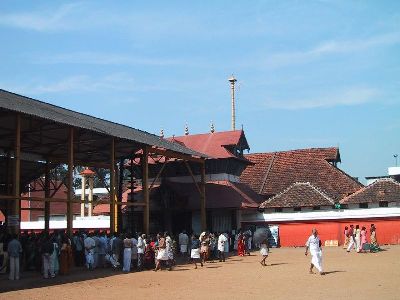 Guruvayur Sree Krishna Temple is located in Guruvayur Town of Thrissur District in Kerala.The presiding deity is Mahavishnu. Sri Krishna Temple at Guruvayur is one of the most visited temples in South India.

Back to Kerala Temples 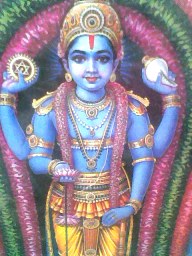 This most important pilgrim centre is known as "Dwaraka of South". Guruvayur Temple is different because of the sanctity of the place and of the grace of the consecrated deity.

This sacred idol of Lord Krishna at Guruvayur Temple is carved out of Pathalanjala Shila.

According to legends, Guruvayur Sri Krishna temple is believed to be created by Guru, the preceptor of Devas and Vayu, the Lord of Winds. They recovered the idol of the presiding deity from the flood that submerged Dwaraka, and installed in Guruvayur. Thus the shrine is known as Guruvayurappan. The idol is believed to be 5000 years old. This idol of Lord Krishna is said to have been worshipped by Lord Brahma at Dwaraka.

There is a Dwajasthambam (flat post)which is encased in plated gold at a height of 600 ft. There is a stage Koothambalam, where Chakiyar Koothu is presented.

There is also a huge tower of light called Deepasthambam in front of the temple, with 13 discs, at a height of 24 ft. There are shrines of Lord Sastha, Lord Ganapathy and Bhagawathy in the temple.

The temple is also renowned for the healing powers. Large number of Hindu marriages and "Annaprasam" (the first feeding ceremony for the child) are conducted here. Krishnattam is the favourite dance form of Lord Krishna.

Timings: The Temple opens at 3.00 am and closes at 12.30 p.m. and again opens at 4.30 p.m. till 9.15 p.m. A series of poojas are conducted during the day. The above time may vary in Udayasthamana Pooja days. One can see the long line of devotees who came from near and far, waiting patiently in front of the temple, to experience the first glimpse of Lord Krishna during "Nirmalyam", the first pooja of the temple. 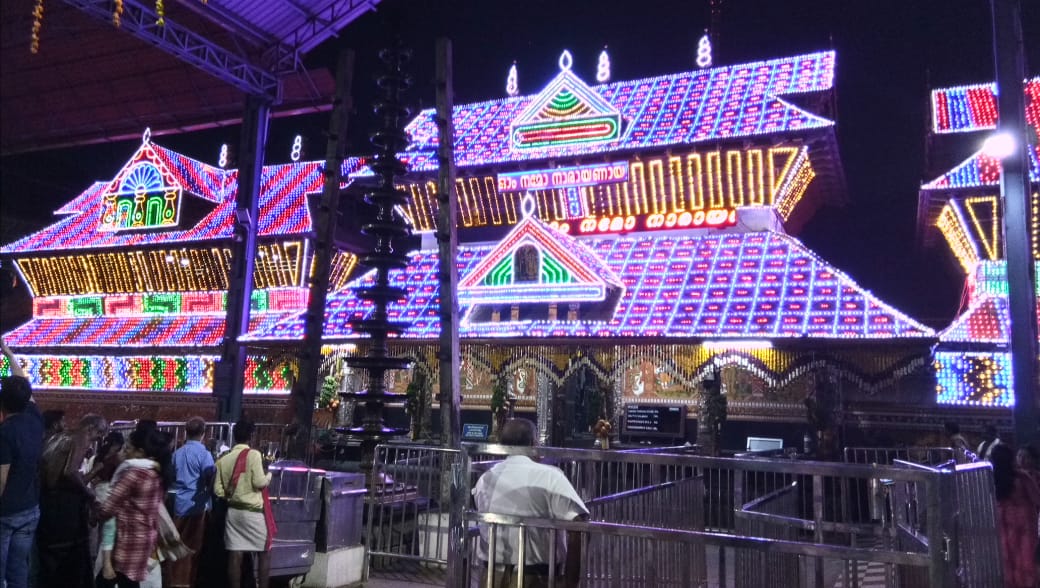 The Temple illuminated on Guruvayur Ekadasi

Guruvayur Ulsavam : The ten day festival is celebrated in the Malayalam month of Kumbha.

Ekadasi : Guruvayur Ekadasi is well known all over the country, celebrated in Vrischigom. It is a very important day for the Hindus.

Mandalam: 41 days of pooja starting from the first of the month of Vrischigom.

Ashtami Rohini is celebrated on the birthday of Lord Krishna, in the month of Chingom.

While considering a family vacation destination, Guruvayur is a good place to have a darshan of Lord Guruvayurappan, and spend some quality time with your family. After visiting Guruvayur temple, you can also visit the nearby attractions, provided you have extra time at your disposal, such as Chavakkad Beach, Chetuwa Backwaters, Chovallur Temple and Punnathur Kotta.

Reaching There : By Air : Kochi is the nearest Airport (80 kms away).

By Road: Guruvayur is well connected by bus.

Both Budget and Luxury Hotels are available.

Find the best deal, compare prices, and read what other travelers have to say at TripAdvisor