Coconut benefits - Have you ever thought there are so many benefits for coconut? Coconut is widely used in southern part of India.  It has got several benefits, and is used in many ayurvedic medicines also. 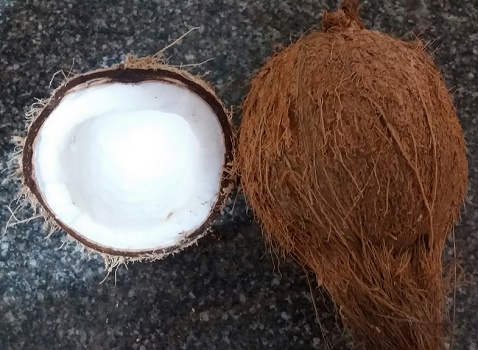 Three stages of coconuts are used in India. In Kerala, the land of coconuts,coconut is used routinely in cooking and the oil is used for several purposes like cooking and medicinal need.

2. Moderately matured coconut - The white inside part of the coconut is used for making several delicious curries, and puddings.  It is also used for extracting oil. Juice is also used for drinking, and adding in dishes to enhance its quality.

Main Coconut Benefits and Its Uses

Coconut uses are many and also used in various Home remedies.

Thus, coconut benefits are many in number.

Return from Coconut Benefits to Ayurveda